Artists You Should Know From The UK

An appreciation for great art is often earned by those who experience it for the very fist time. Art takes on many forms, such as sculpture, prints, abstract or contemporary paintings, still life and much more. Perhaps this is the central reason why art continues to play such an important role within the lives of people in the UK. It is important to note, however, that some regions of the UK have produced some famous artists from both the past, and the present. Here are some of the more notable names which warrant consideration for their masterpieces.

Charles Willmot is from London, and his talent extends far beyond is paintings. He is a gifted performer, having participated with the Royal Shakespeare Theatre. He has also performed with the Royal Ballet. Willmot is particularly known for his painting abilities. He has been painting since the 1960's, when he found his calling, portaiture. In 1991 his first show took place at London's Mall Galleries. Once is portrait paintings made their debut, visitors could not take their eyes off of the magnificent detail he represented in his work.

Simon Fairless is widely considered to be one of the most influential modern artists in the UK. His work has significantly grown in popularity in recent years. He is most known for his depictions of seascapes and landscapes. However, his abstract and still life paintings draw rave reviews as well. His paintings are the centerpiece for many private collections throughout the world. One of the the things Fairless does particularly well, is he is able to take pictures of real places and events and turn them into fine works of art. The new images he creates pop off of the canvas, using new color schemes and shading to create truly unique paintings.

Jo Lewis is an artist who has become well-known for her use of three main painting ingredients; water, color and surface. She often crafts her paintings at the location of her inspiration. This artist has a fascination with depictions of water-based ink and paint creations. Art enthusiasts located all over the uK recognize her as one of the most talented artists of our time. She was recently commissioned by Hermes UK to produce wonderful works of art for display in London shop windows, allowing passers by to gaze upon her talents with admiration and respect.

Steven Lynch is an artist who focuses on using oil on canvas for his creations. He is a favorite artist for many within the UK, because he is just as comfortable creating more affordable street art, as he is crafting masterpieces. Most people recognize him for his ability to take seemingly mundane situations and create a nostalgic feeling through his artistry. These scenes might include people walking busily to work, or simply lounging on a park bench in autumn. His work seems to connect with people on a more intimate level, thus making him a popular choice for the masses. 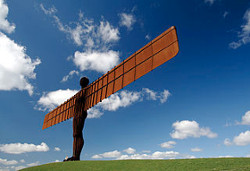